What is the difference?

There are basically two types of video surveillance systems, CCTV (closed-circuit television), also known as analog, and IP cameras, also known as network cameras. Both CCTV systems and IP systems transmit video to the desired destination. CCTV systems convert the video signal to a format that can be used by televisions, VCR’s, or DVR’s. IP cameras convert the video signal into IP packets to be transmitted over the data network or internet to a network storage device such as a server, NAS, or by storing on board the camera. The IP system has the added benefit of using the network devices which can expand the range of the IP cameras beyond that of a CCTV system.

When comparing CCTV vs IP camera systems, both have advantages and disadvantages, but in the end it all comes down to price for quality.

Analog vs. IP for Beginners 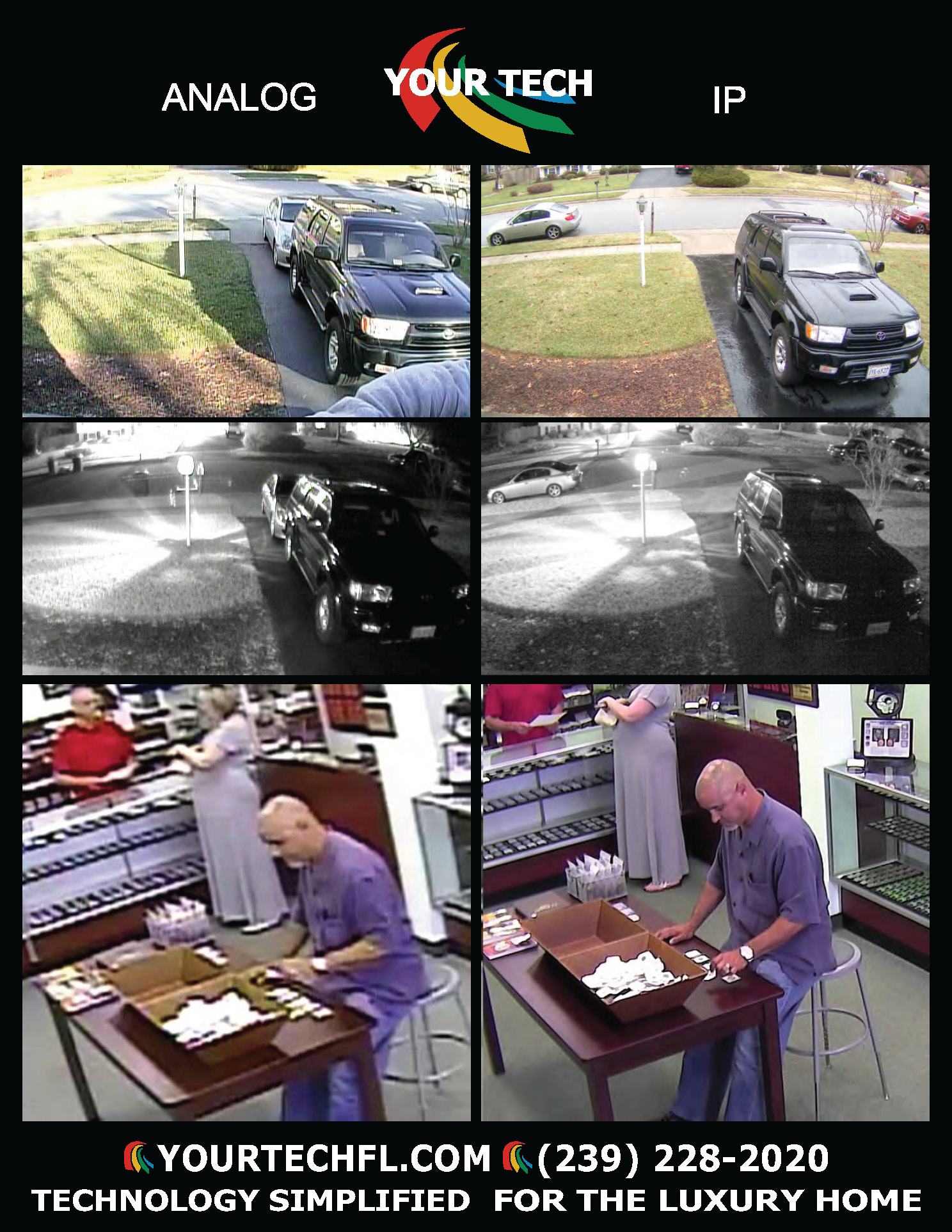 Are your SHRINKAGE numbers getting too high? Our IP Megapixel Camera Systems are the ultimate tools to help STOP LOSS. Feel free to call us for a free consultation.